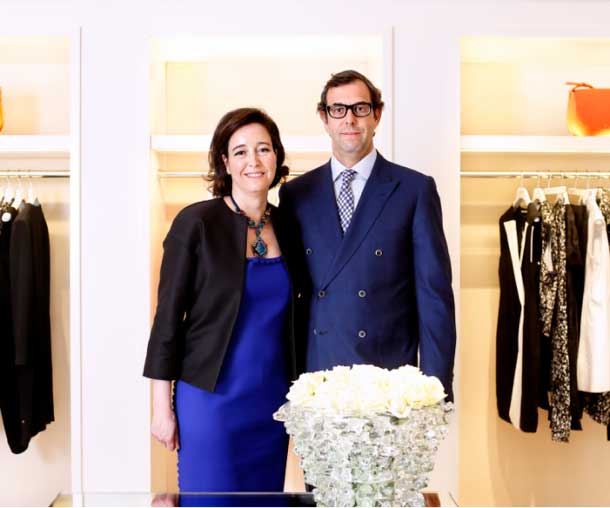 Welcome to Santa Eulalia, where luxury is an experience!

"My family has been linked to Santa Eulalia for more than a century. As a member of the fourth generation and together with my wife Sandra Domínguez, it's a pleasure to share the values that have made this fashion store a benchmark for luxury in Barcelona. Since 1843 we've been committed to offering a selection of the best in the world of fashion, creating comfortable spaces where all the details are taken care of, and providing our clients with top quality service, a fascinating mission undertaken with the same passion as when we began more than 175 years ago."

Santa Eulalia, a focal point for luxury for both men and women

Founded in 1843 and located at 93 Passeig de Gràcia, Barcelona, Santa Eulalia is a benchmark in the world of fashion. In its more than 2000 m2 you will find a carefully selected array of international luxury brands and collections for men and women. This world is completed with its tailoring workshop where commissioned creations are made applying the savoir faire of the Santa Eulalia tradition. This is one of our differentials which, according to Pitti Uomo and The Business of Fashion, position us among the 30 top menswear stores in the world. 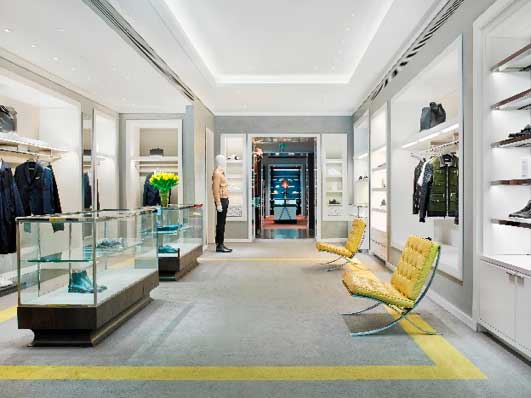 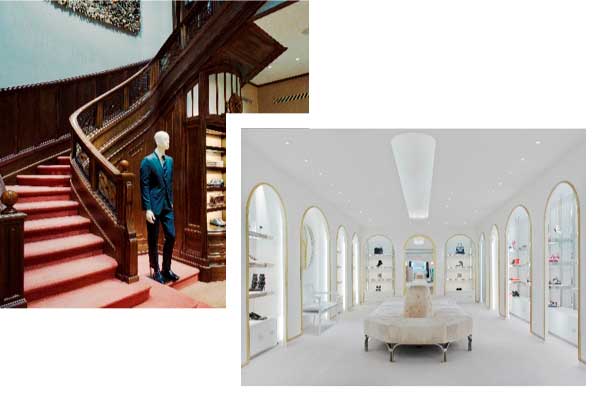 Tradition and innovation go hand in hand at Santa Eulalia

A distinctive feature for the store, one of whose most beautiful metaphors has been the remodelling carried out on the building in 2011 by New York architect William Sofield. Art Deco furniture and design icons exist side by side in an intimate, comfortable setting that extends to each and every corner of the establishment.

The Santa Eulalia Bistrot is located on the upper floor and offering light dishes, savoury snacks and sweet treats all day, as well as an impeccable tea and champagne service. An assortment of temptations for the palate to be savoured in a cosy setting looking out onto a garden terrace. Beauty, quality and luxury all run in Santa Eulalia's veins. This is a world that opens its doors to be discovered and where the Santa Eulalia team awaits to make your experience unique at the Santa Eulalia Café. 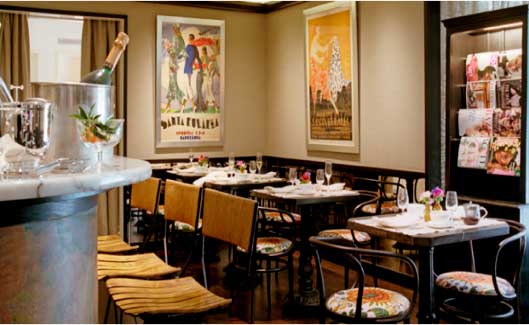 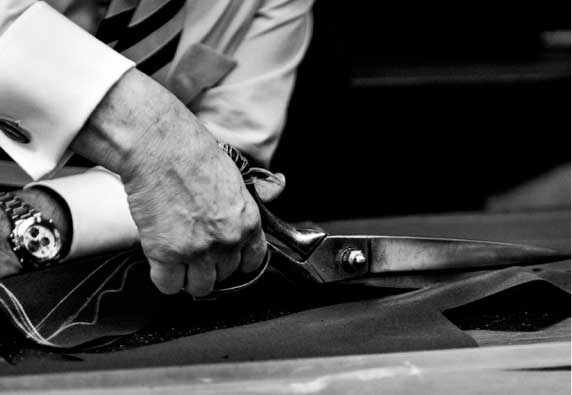 It's a benchmark which national and international figures from politics, the economy, culture and sport have all visited. Savoir faire and in-depth knowledge of the trade are the hallmark on which the prestige of this essential part of the Santa Eulalia world is built.

Visit our Bespoke Tailoring section to find out how we work.

Santa Eulalia has a brand of its own

The tradition of Santa Eulalia as a brand of its own has continued up to the present day. The thoroughness and admiration for talent that define us encourage our team of buyers to travel to the fashion capitals of the world, discovering top class workshops and craftsman in Italy, France and Spain. From these magicians of technique we order small, personalised collections for our clients with the aim of offering unique, incomparable pieces; small miracles with a story to tell in which quality and beauty take pride of place. Suits, jackets, shirts and a carefully selected array of accessories such as wallets, ties, gloves and belts, the result of mastery in the art of accessories and garments and produced in workshops also frequented by prominent firms. 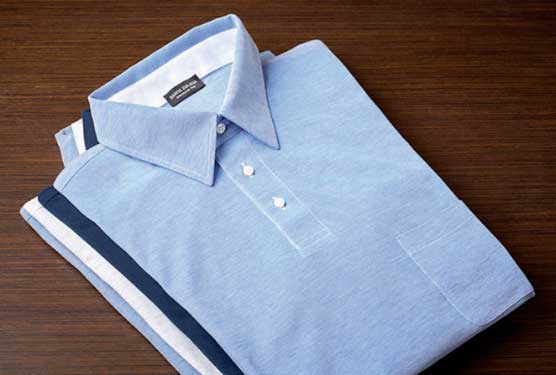 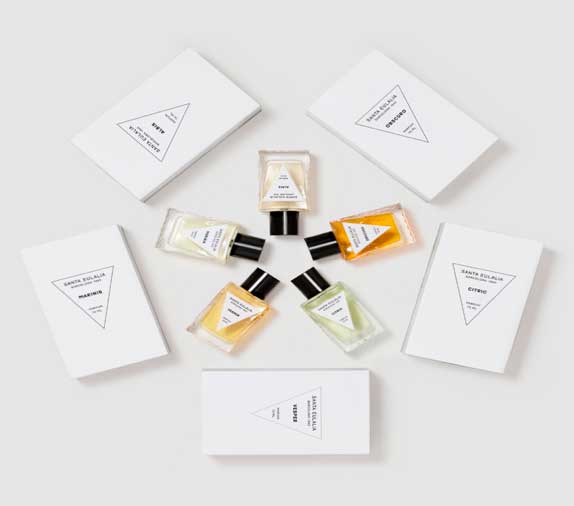 Ten essences that translate emotions and moments that emerge in a unique city on the shores of the Mediterranean. Ten fragrances that share a magical element: the jar. A creation by Mario Eskenazi, who also devised the packaging. The perfumes are in a space dedicated to them in Santa Eulalia and in a chosen network of niche perfumeries.

Visit our collection of Perfumes and Beauty

National and international recognitions and awards
NATIONAL RETAIL AWARD
2021
December National Retail Award from the Ministry of Industry, Trade and Tourism for his work in order to carry out innovative and pioneering initiatives within the digital world.
COMMERCE PRIZE
2018
October Luis Sans receives the Commerce Prize from the President of the Catalan government for his dedication and contribution to the prestige of retail trade.
LA CLAU DE BARCELONA
2017
June Luis Sans is awarded with La Clau de Barcelona for his contribution to the international promotion of Barcelona and Passeig de Gràcia.
CENTENNIAL COMMERCIAL ESTABLISHMENT AWARD
2014
April Santa Eulalia receives the Centennial Commercial Establishment Award from the President of the Catalan government as part of the celebrations for the store's 170th anniversary.
NATIONAL INTERNAL TRADE AWARD
2014
June Santa Eulalia receives the 2013 National Internal Trade Award for their work in developing trade and modernizing business, awarded by the Secretary of State to the Spanish government.
TOP 30 MENSWEAR STORES
2014
June Santa Eulalia is chosen as one of the 30 most important menswear stores in the world by Pitti Immagine and The Business of Fashion.
FAD MEDAL
2013
April Santa Eulalia receives the FAD Medal (Promotion of Arts and Design). An award to promote art and design.
BARCELONA TOURIST BOARD
2013
June The Barcelona Tourist Board chooses Luis Sans for its Top 10 award due to his outstanding business career and his contribution to raising awareness of Barcelona as a "shopping city".
NATIONAL INTERNAL TRADE AWARD
2013
National Internal Trade Award from the Ministry of Economy and Competitiveness for his work in commercial development and business modernization.
BEST COMMERCIAL INITIATIVE IN INNOVATION
2012
Prize of the Generalitat de Catalunya to the Best Commercial Initiative in Innovation .
GOLD METAL FOR CIVIC MERIT
2011
May The Barcelona City Council awards Santa Eulalia its Gold Medal for Civic Merit in recognition of a whole career linked to the history of the city.
WGSN GLOBAL FASHION AWARDS
2011
Finalist in the WGSN Global Fashion Awards held in New York, in the Outstanding Customer Experience category.
BARCELONA ÉS MODA AWARD
2011
Santa Eulalia receives the Barcelona és Moda award, granted by the Barcelona Chamber of Commerce.
BEST COMMERCIAL BUSINESS INITIATIVE AWARD
2011
Award for the best commercial business initiative of the year, granted by the Barcelona City Council, as the best store in the world.
TOP 10 MOST INNOVATIVE WINDOW DISPLAYS AWARD
2010
Santa Eulalia wins the Top 10 Award organized by the Barcelona Tourism Board for the most innovative and creative window display.
HONORARY MEMBER OF ALTAGAMMA
2007
Nomination as an Honorary Member of the International Council of Altagamma, a prestigious association, based in Milan, dedicated to the promotion of Made in Italy luxury.
Santa Eulalia, a benchmark for the press and the media

“Santa Eulalia, the temple that unites discreet luxury with the opulence of the selection. And the service is impeccable.”

“The best store in the world. With more than a century of history behind it, Santa Eulalia is ready for a second round. A whole temple dedicated to shopping of maximum luxury.”

“Santa Eulalia is synonymous with quality, attention and fashion in capital letters; values ​​that have shaped the essence of the firm.”

“Today, with firms such as Céline, Lanvin, Christian Louboutin or Marc Jacobs on its shelves, Santa Eulalia can boast of having become the benchmark multi-brand store in Spain.”

“Luis Sans, belonging to the fourth generation of owners, has given a breath of fresh air to this company with more than 170 years of history.”

“Santa Eulalia has contributed for years to define a Mediterranean way of dressing, sending signals of novelty and European good taste to the country's bourgeoisie and, by contagion, to the rest of society"
‹ › ×